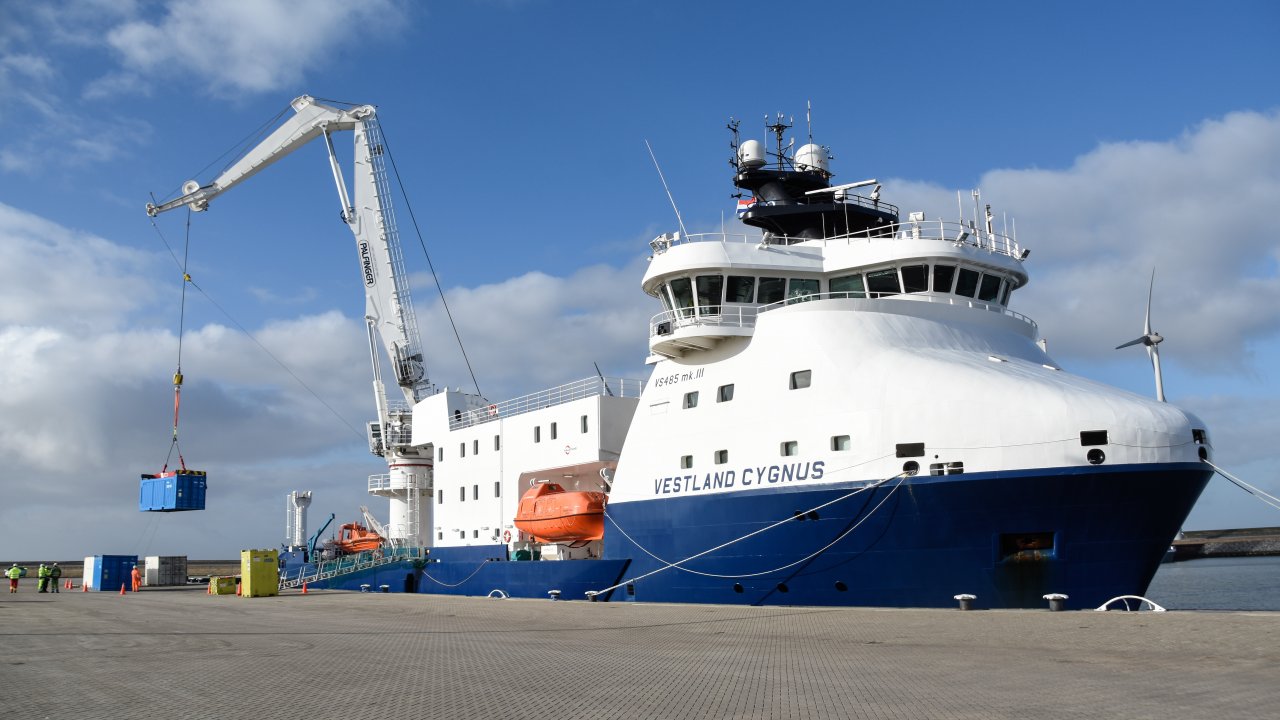 Around a third of all the energy that is produced in the Netherlands comes from Eemshaven. With an installed capacity of 8,000 MW Eemshaven is an energy port of note.

Major energy producers have invested billions of Euros in new power stations; an oil terminal was built; Google is expanding its immense data centre; and Eemshaven houses the largest onshore wind park in the Netherlands. The port also plays a prominent role in the development of wind parks at sea during their construction and the subsequent maintenance of the wind turbines.

Eemshaven lives and breathes offshore wind. The port has become a base, marshalling and service port for offshore windfarms especially in the German neighboring part of the North Sea. Eemshaven is geographically well-situated for the offshore wind activities in the North Sea. Moreover, Eemshaven meets all maritime requirements and has the facilities regarding the assembly and shipping of wind turbines.

At the northern part AG Ems operates a ferry terminal and EMS Maritime Offshore (EMO) runs an offshore service facility. EMO provides direct access to the water via a jetty with a capacity of 300 metres and offers lots of space for different configuration options. EMO is also the offshore service base for Siemens Gamesa (Gemini, Veja Mate) and General Electric (Merkur Offshore).

At the southern part, Bek & Verburg, a specialist in waste collection and segregation, and DHSS, a vessel agency and port service provider, together offer an offshore service base. Also located at the southern

A special quay with a length of 220 metres has been built for extra heavy cargo on the western side. This heavy load quay has a maximum capacity (equally divided load) of 30 tons/m2 and has been especially designed for the transshipment of extra heavy cargoes such as wind turbine components. Jack-up ships can moor just in front of the quay. IHC IQIP e.g. used this quay to build up its 1300 tons Noise Mitigation Systems (NMS) for monopile installation and this quay has also been used for demobilization activities. The heavy load quay is a public quay operated by Groningen Seaports.

In short, the Beatrixhaven is an ideal port for Cable Projects!

The Julianahaven is 1,200 meters long with a width of 200-250 metres, a depth of 11.0 metres and a quay length of 2,300 metres. At the northern part Buss Terminal Eemshaven operates a terminal that is characterized by a broad envelope portfolio and versatile port services. The terminal is specialized in meeting the needs of the offshore industry. A biofuel producer, a malt factory, a cement terminal and a handler in building materials have been established as well behind this quay.

At the southern part stevedoring firm Wagenborg operates a terminal, where several offshore wind projects were handled. There is a lot of storage space available and rotorstars could be assembled as well. Sealane Coldstorage has also a location behind the quay.

The northern quay of 525 metres is mainly used for project cargo (e.g. offshore wind) and the eastern quay to tranship gypsum and fly ash and biomass. Vattenfal operates a gas fired power plant at the northern part of the basin. At the west of Vattenfall, Van Merksteijn International has far advanced plans to invest in a major steel factory and behind the de north quay, between RWE and Vattenfall, BOW Terminal has build a new logistics hub, mainly to serve the offshore wind market.

The southern quay is 450 metres and is used to unload coal carriers for the RWE power plant. The southern part of the basin also hosts a public loading and unloading facility for inland vessels with a design depth of 7 metres. The facility is also possible for seagoing vessels, but only under special conditions.

The Emmahaven is 500 metres long with a width of 120 to 150 metres, and a depth of 9.0 metres. A floating jetty and a services jetty provide more than 700 metres of berthing places for small and medium sized vessels.

At the northern part of the Emmahaven Sealane operates a quay of 130 metres for general and/or dedicated cargo. At the western part Amasus has a jetty with a capacity of 130 metres and Gulf Bunkering operates a bunker terminal and supplies various high-quality fuels and lubricants for all oceangoing and inland vessels.